Bishop Bosco was born on 28 May 1946 at Parappur, in the archdiocese of Trichur, Kerala.  He hails from a deeply religious Catholic family.  The closeness of the family with the parish church was instrumental indiscerning his call to priesthood.  After his school studies, he joined the minor seminary of the archdiocese (1962-64), and the major seminary at Alwaye in 1964. But after a year he was chosen to be sent to Rome for completing his studies in philosophy and theology at the Pontifical Urban University (1965-71).  He was ordained a priest on 27 March 1971 in Rome.  Then he proceeded to the Catholic University of Louvain, Belgium, to pursue higher studies in theology which he successfully completed in 1975 by defending his doctoral thesis in the department of dogmatic theology writing a dissertation on the “Theology of Hope”.

He began his pastoral ministry as an assistant parish priest in Ollur, one of the largest parishes of the archdiocese (1976), and then he moved to the minor seminary as the prefect of studies (1976-77).  Soon he was asked to teach theology in St. Joseph Pontifical Seminary, the major seminary at Alwaye (1977-92) where he served as a formator of the seminarians, a teacher, Dean of theology and Vice-President of the Pontifical Institute. As a professor of theology he taught various subjects such as Christology, Ecclesiology, Pastoral theology etc. In 1992 he was called back to his archdiocese to take up a series of important assignments such as the minor seminary Rector (1992-95), Vicar General (1995-99) and parish priest of the cathedral church (1999).

His tenure as the parish priest was too short as his service was urgently requested at the Syro-Malabar Major Archiepiscopal Curia as the Director of the Liturgical Research Centre.  The Centre was instituted by the Synod of the Syro-Malabar Bishops at a critical time in the history of the Syro-Malabar Church.  Fr Bosco Puthur led the Research Centre from 1999 to 2005 till he was appointed the Rector of the St. Joseph Pontifical Major Seminary of Mangalapuzha, Alwaye (2005-2010).  St. Joseph Seminary is one of the largest seminaries in the Catholic world with about 300 seminarians.

As he was terminating his service in the seminary, he was appointed the first Curia Bishop of the Syro-Malabar Church in 2010.  His amiable manners and jovial attitudes won him many friends.  As the secretary of the Synod of Bishops he did a great service to the church.  Bishop Bosco was the Administrator of the Syro-Malabar Church during the interim period after the demise of the Major Archbishop Varkey Cardinal Vithayathil.

Therefore, it was not a surprise when the Bishops of the Syro-Malabar Synod decided to propose Bishop Bosco Puthur’s name to the Holy Father as the first Bishop of St. Thomas the Apostle Eparchy of Melbourne for Syro-Malabar, the second Syro Malabar Eparchy outside India.  His experience as a pastor and administrator with leadership qualities will stand him in good stead to guide the destinies of this newly erected diocese in Australia. Besides, Bishop Bosco is also appointed as the Apostolic Visitator to the Syro-Malabar faithful in New Zealand. 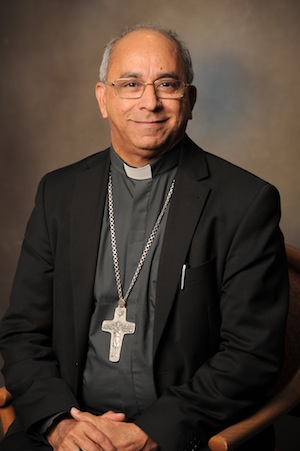